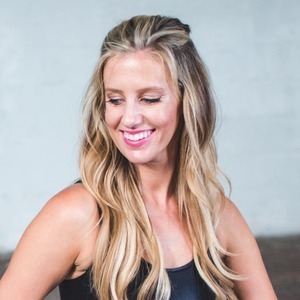 Ashley is Pilates and barre instructor and owner of the Elite Movement® studio in Los Angeles, CA. Ashley has been an athlete her whole life excelling in yoga, golf, swimming, and running.  Ashley first found Pilates when she was studying Law at Pepperdine University in 2004. In 2008, after she received her JD in Law and passed the California bar exam, she took some time off from law to get certified in Pilates. Ashley found Pilates so beneficial that she decided the best way for her to help others was teaching the Pilates Method rather than practicing law. In 2009, Ashley opened her first Pilates studio in Santa Monica with her second location to follow in 2011. In 2013, Ashley received her training in the ever so popular “barre” workout.

Ashley is one of the “go to” Pilates instructors for Hollywood’s elite and Professional athletes. She has helped train NFL football players, marathon runners, golfers, tennis players, ballerinas, actresses, directors, and producers just to name a few. Ashley’s studio Elite Movement has been featured in Us Magazine and LA Confidential as a top Los Angeles Pilates studio.

When Ashley is not busy training clients or running her studio, she spends time with her Husband, daughter, two dogs, and a cat in a Los Angeles suburb. She is a very passionate instructor who prides herself on giving delivering the visible results her clients are looking for.

GET UNLIMITED ACCESS TO THOUSANDS OF VIDEOS ON ALO MOVES