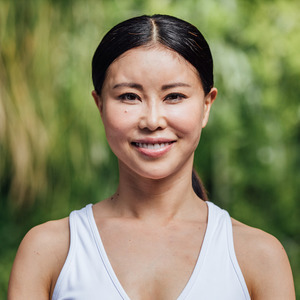 Koko Hayashi was born and raised in Japan, where she took an interest in the Face Yoga Method originally created by Fumiko Takatsu. She started teaching in 2018 after practicing for more than a decade. She believes in the power of natural methods and uses her knowledge of facial muscles to activate and lift them with non-invasive tools. Koko loves to share this practice with others so that everyone can achieve a radiant glow without undergoing any procedures.

Koko also holds a CIDESCO license, one of the most prestigious qualifications for aesthetics and beauty therapy in the world. She has appeared on shows such as Keeping Up With the Kardashians, Good Morning America, and Shark Tank to bring more awareness to Face Yoga, as it is not as popular in the United States as it is in Japan. Koko understands that Face Yoga is by no means a quick fix, but stresses that doing the exercises for just three minutes a day can help you build discipline and establish a lifelong self-care routine.