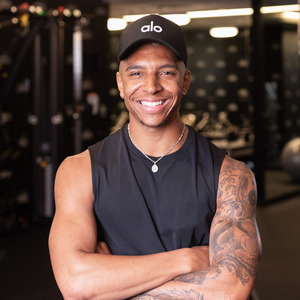 Born and raised in London, Louis Chandler is a personal trainer who began his fitness journey as a professional soccer player and boxer. He took part in both sports for 12 years before moving to Los Angeles in 2017. Louis is a firm believer in not only the physical benefits of training but also the mental. He has worked with some of the top athletes, models, and actors in L.A. and incorporates a mix of strength training, HIIT, and cardio workouts with his clients’ regimens as well as his own.

Outside the gym, he has taken to roller skating — a natural transition as one of his hobbies was ice skating when he was younger. Louis also loves the beach, and you can often find him among the waves and soaking up the California sun.