Can you get through all 5 levels of Dylan Werner’s Dolphin Push-Up Challenge? 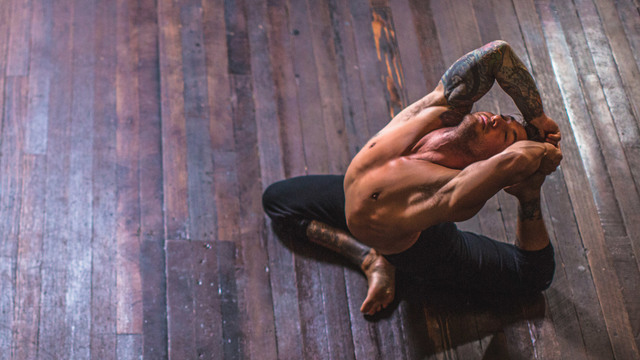 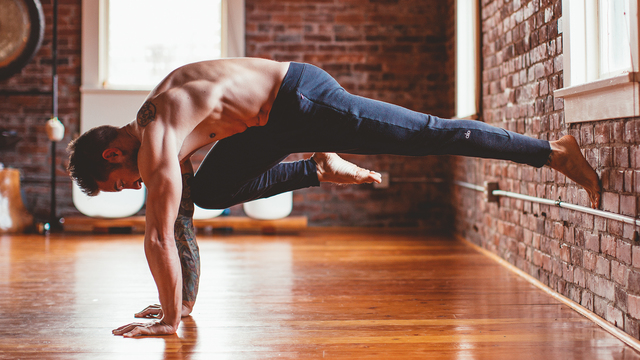 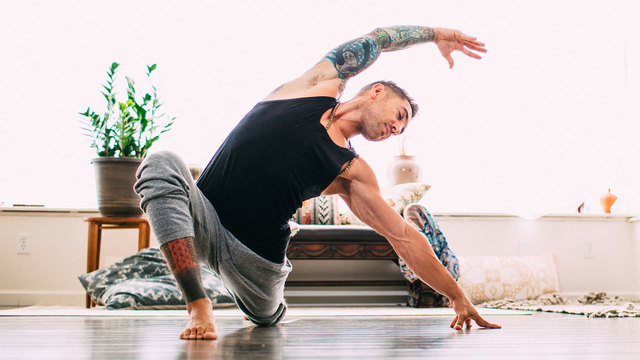 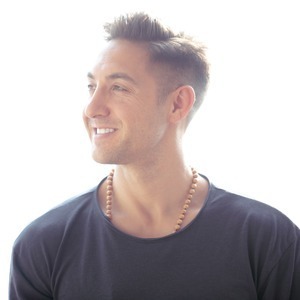 Dylan grew up in the mountains of Southern California, where at an early age he was into fitness, movement, extreme sports, and nature. At 18, he joined the U.S. Marine Corps, where he served as an aircraft firefighter, and also wrestled for the All-Marine wrestling team. After one tour of duty in the Iraqi war, Dylan was honorably discharged and returned to California to attend university, where he studied anatomy and emergency medicine. Dylan spent eight years working as a paramedic; four years on an ambulance and another four years as a full-time firefighter/paramedic.

Dylan was first introduced to yoga in 2001 as a part of his martial arts training, but it wasn't until 2009 when he made the yoga practice a part of his daily life and started to understand the true journey of the yogi.

Since 2011, Dylan has been teaching yoga. Though a lover of movement, handstands, arm balances and creative sequencing, his focus is the integration of the fundamental nature of knowledge, reality, and existence to create a space to deepen the inner connection.

In 2015, Dylan gave up his home in California to travel and teach workshops, teacher trainings, festivals, and retreats. He has taught in over 60 countries and more than 400 workshops or events. He is passionate about spreading his love for yoga and helping others in their journey by sharing his journey.